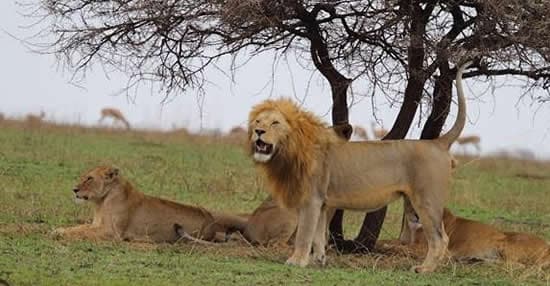 African Safari Tours Selous from Dar es Salaam to untouched Africa’s largest game reserve and the second largest conservation are in Africa. The Selous game reserves size is said to be four times the size of the world famous Serengeti Park. This reserve is one the remoteness park in Africa featured with lots of attraction which makes it to be one the greatest safari destination.

Presence of a remarkable numbers of safari animals and unique beauty made Selous game reserve to be declared by the UNESCO to be one world heritage site in 1982.

Some attractions of Selous game reserves include the oxbow lakes which found in the northern side of the great Rufiji River. These lakes are the home to a wide array of game animals such as hippos, crocodiles and a number of predators awaiting for herbivores which comes to drink and gaze at the shores of the lakes. Some of the oxbow lakes include Tagalala which is the largest of all and other small lakes Manze, Nzerakera and Siwandu .

Game viewing is quite special and it can be done by game drive, boat safari and walking.

Day 1: Dar es Salaam – Selous Game Reserve
Pick up from the hotel / resident house in Dar es Salaam at 0600hr for the journey to Selous Via Kibiti Lindi. Arrive Selous for check in at the lodge and short rest. Afternoon proceed with the game drive. Dinner and overnight at Selous Ngalawa Camp.

Day 3: Walking Safari – Dar es Salaam
Today in the morning you will go for the walking safari accompanied by any armed ranger and guide into the bush. This will be the greatest opportunity to identify different plant species and birds. Late morning hours return to the lodge for brunch then start the journey back to Dar es Salaam.

Transport in a private safari vehicle

Full board accommodation at Hippo camp

Tip for the driver guide

Drinks and beverages at the camp/lodge