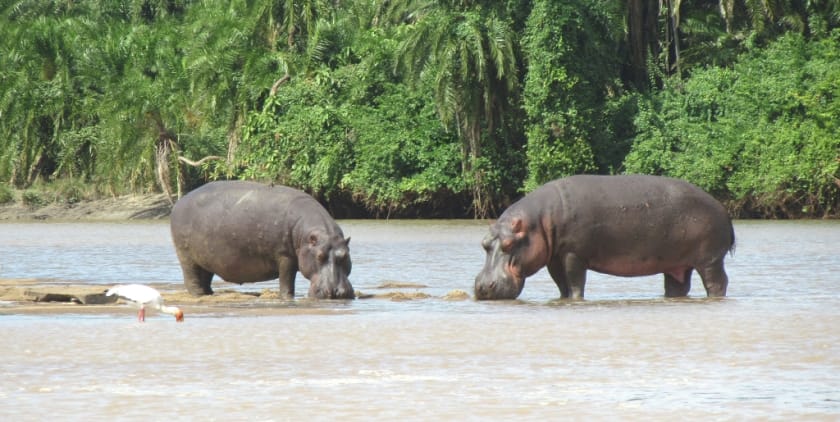 Saadani National Park is among the newest national park in Tanzania and the 13th Tanzania National park with an area of about 1000 sq km. This is the only game sanctuary in the East African Region which stretches to shore of the Indian Ocean. While on Saadani safari you can see over 24 species of large mammals which include sable antelope, buffaloes, elephants, lions, and giraffe among others.

The Wildlife in Saadani National Park

Wildlife isn’t abundant in Saadani compared to other Tanzania Parks. This park is more of the beach holidays where visitor can also have opportunity to view animals at the same time. Animals which are commonly seen in Saadani National Park are are elephant, giraffe, buffalo, warthog, common waterbuck, reedbuck, wildebeest, wildebeest, vervet monkey and yellow baboon. The park is also host a number of lions and other predators although they can rarely seen. During boat trip one can spot hippos, crocodiles and some water birds. Saadani’s wildlife specials are the shy red duiker, the endangered Roosevelt’s sable and green turtles, for which the park is a breeding site.

Mangroves separate the idyllic palm-lined beaches and the watercourses are fringed by riparian woodland. Inside the park is open grassland interspersed with acacia thickets.