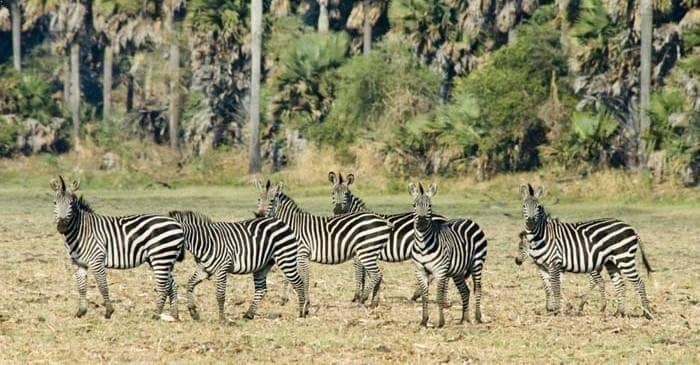 Katavi National Park offers the best place for wildlife safari in Tanzania. This park is the third largest wildlife population in Tanzania after Serengeti and Ruaha. This park offers a broad range of safari from luxury safari to budget safari as it host about 50 species of large to medium mammal.

The largest part of Katavi National Park lies inside the Rukwa Rift Basin. The Rukwa basin is part of the Central African Rift System. The Rukwa basin extends 360 km long and 40 to 60 km wide and it is a parallel arm of the Tanganyika Rift Valley.

Wildlife Safari in Katavi National Park is quite unique due to the presence of two major landscape. The landscapes are  the rift valley floor and the rift valley escarpments. In the western shoulder of the park is the Lyamba lya Mfipa Escarpment. The the eastern “shoulder” is the Mlele Escarpment.

The valley floor consists of flat to slightly undulated wooded terrain which is split by vast floodplains, seasonal lakes, rivers and shallow drainage lines. The altitude in these areas ranges from 820 m to 960 m.

The park has also have about 500 roan can be seen. There is also bohor and southern reedbuck (3 000), hartebeest (1 700), waterbuck (1 600), eland (1 600), bushbuck (1 300), duikers and other small antelopes (7 000). During the safari Sable and greater kudus are occasionally observed. These antelopes can observed in the surrounding highlands in Rukwa Game Reserve.

Predators include lion, leopard, spotted hyena, cheetah, wild dog and crocodiles, wild cat, serval cat and the caracal. Lion and hyena numbers were assessed in 2005 as part of the ecological monitoring. .Katavi National Park has approximately 200 lions above the age of one year and approximately 750 hyenas (Kiffner, Meyer, Waltert).

The best time to visit Katavi National Park is the dry season which start in June to October. November to May is the wet season which is not suitable for touring the park