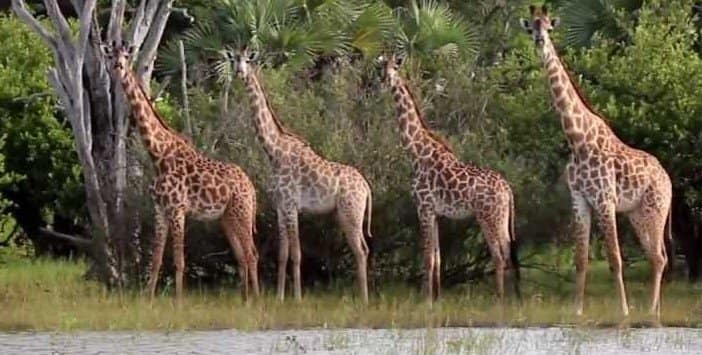 Selous fly safari into the awe-inspiring wilderness of the Selous Game Reserve Tanzania to discover a vast expanse of untouched Africa with its abundance of wildlife. The Selous game reserve in Southern Tanzania host a large population of mammals, birds and vegetation. Over 350 bird species and reptiles are said to be found in the Selous game reserve while plants are account to be 2000 species. When on Selous fly safari you can also see the largest population of elephants with over 110,000 individuals. Other animals that you can see include lions, leopards, zebras, crocodiles, hippos, wildebeests, buffaloes, hyenas, wild dogs and several species of antelopes. The reserves is also boast a significant numbers of small predators and rodents.

The Rufiji River which crossing the reserve is the Largest River in the country and it is the best source for boat safari. Game viewing can also be done on game drive and walking safari.

It is quite special go on Selous Tour as it is among the remote game reserve which visited by few tourist despite of the fact that it has large population of animals.

The Selous fly safari start by flying Dar es Salaam to Selous game reserve on a light aircraft which departs Dar es Salaam at 0830hrs and arrive selous at 0915hrs. Upon your aarival at Ntemere airstrip you will be met and greet by our guide then finalize with the park registration and proceed into the reserve for a game drive with picnic lunch. During game drive you will be able to see a variety of animal species include lions, leopard, hyena, large herds of elephants and buffaloes. There are also several species of antelopes include the gazelles, impalas, kudu and many others. Selous game reserve is also the best site to spot the rare African wild dogs where several packs can be spotted. In the late afternoon drive to the Kinga Lodge for dinner and overnight.

Today you will spend the whole day conducting game viewing in the magnificent Selous Game Reserve. This reserve host abundant wildlife and one of the largest population of elephant in the continent. One of the attractive features of the Selous game reserves are the oxbow lakes. During dry season the oxbow lakes shrink and a large number of wildlife congregate near it so game drive near it is quite unique. Here you can see large number of hippos, waterbucks and many other animals. Predators such as lions can easily spotted as they stalk their preys near the lakes. In the late afternoon drive back to the lodge for sunset, camp fire and dinner then overnight.

Early breakfast and depart for boat safari in the Rufiji River. The boat safari takes 2 to 3 hours and it  offers best chance see some of the Riverine birds and animals such as crocodiles and hippos at a short distance. Several bird species will also be spotted. Finish the boat safari, back to the lodge for packing and transfer to the airstrip for your schedule flight to Dar es Salaam or Zanzibar which departs at 1230hrs.